There’s no doubt that digitalization is fundamentally changing mechanical engineering.

Companies have to act fast to ensure they aren’t left behind in the wake of these rapid technical advances. As a result of digitalization and the Internet of Things, networked structures are becoming an increasingly important part of industrial production. The digital implementation of 3D constructions and the information exchanged between engineers and customers are just two examples of the ever-increasing volumes of digital data generated by day-to-day operations. Although digital collaboration makes a lot of processes more efficient, the ever-growing density of data is also placing increased demands on security. After all, this information often includes, among other things, specialist expertise that is highly sought-after worldwide or data crucial to completing projects on time. It goes without saying that this kind of data needs to be protected against unauthorised access to prevent theft or damage, which inevitably makes data protection and security a top priority in mechanical engineering.

There is a virtually unlimited number of conceivable scenarios that could negatively impact the work of a mechanical engineering company. Furthermore, as technology continues to advance, these risks are only growing. However, it is possible to identify a few typical scenarios. One specific example of this kind of threat is social engineering, which is when an attacker assumes the identity of a trustworthy person, often explicitly appealing to the victim’s expertise or willingness to help. One possible scenario that could lead a midsize mechanical engineering company to fall victim to such a threat would be a fake email in which the attackers pretend to be from a major customer’s IT team. They claim that key engineering data has been corrupted as a result of a server failure and ask for the project data from the past few months to be released. The story sounds plausible to staff on the receiving end because their company does actually work with the customer in question.

In the case of “spear phishing”, individual employees are sometimes addressed by name and tricked by an often near-perfect imitation of a company email. These messages are usually just everyday business emails that have been manipulated with links to fake login forms or with attachments infected with viruses. One particularly insidious practice is USB drop attacks. This is where data storage devices are given as gifts or left in a carefully chosen location as a means of getting hidden malware onto company systems. In each of these scenarios, hackers could use “ransomware”, which encrypts vital data so companies have to pay an extortionate fee to regain access to it. 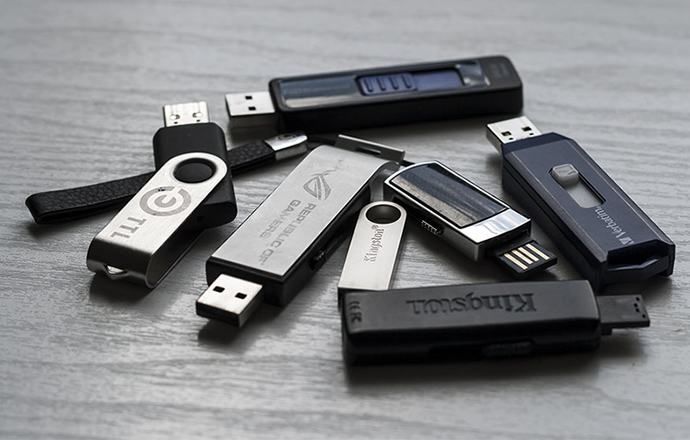 USB sticks that have been found or given as gifts must be handled with caution.

Potential consequences of a cyber attack

Even if we disregard the issue of staff being negligent or unaware when they encounter threats like these, companies are still always going to face the risk of general hacking. This is when hackers actively seek out weak spots in a company’s IT architecture in an attempt to gain access or introduce malware. On average, hackers will have access to a system for 146 days before being discovered. They are often able to disguise themselves as legitimate users with the help of stolen login details. These kinds of attacks can have particularly dire consequences if hackers obtain passwords that give them access to important systems.

Once hackers have gained a foothold within a company’s IT infrastructure, they methodically work their way deeper and deeper into the system, hunting for sensitive company data. Eventually, they could even access the protected VPN connection, which could enable them to control the power grid and machinery. Under certain circumstances, hackers can potentially damage, manipulate or sabotage entire production lines this way. However, the theft or manipulation of sensitive engineering data also present a major risk for companies. Quite often, this data is valuable and highly confidential, which means losing it can, in the worst-case scenario, have serious economic consequences. 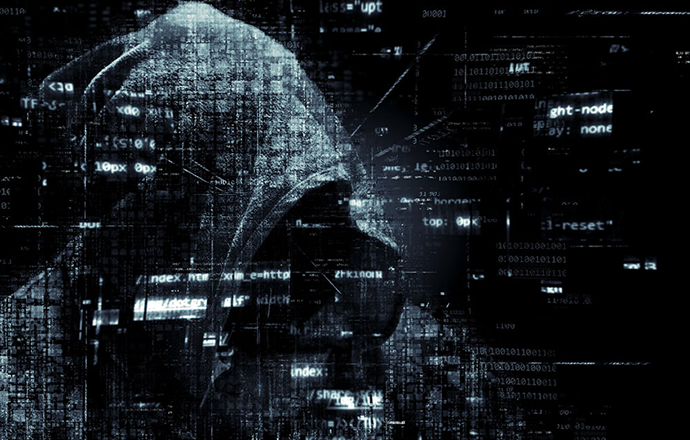 Pop culture often glorifies hackers, but they cause serious damage.

A cyber attack on a plant’s remote control systems can have devastating consequences. However, companies can often take targeted measures to prevent more severe outcomes. It is vital that all employees are made aware of the potential risks and how to identify them. Dealing with suspicious emails or USB sticks received from third parties, and network access via private end devices are just a few examples of issues that should be discussed within the company. One way every employee can help optimize system security is by ensuring they always have the latest updates installed, as these are often designed to keep software solutions stable and close any security loopholes.

Other key issues include managing user rights and assigning passwords. Not every employee necessarily needs access to all areas of a system. Likewise, passwords should certainly not be assigned indiscriminately. Employees should also avoid using the same password for multiple purposes. If a system does end up being compromised, an external data backup, which should be carried out regularly, can help minimize the resulting damage. However, using external IT service providers can also be a worthwhile investment, particularly for larger companies. These service providers actively inspect systems for weak spots and find potential loopholes that cyber criminals could exploit.

Data security and data protection are issues that have been affecting modern mechanical engineering for some time now, and they’re only becoming more relevant. IT security should be viewed and treated as an all-encompassing, central task, especially when it comes to Industry 4.0. After all, there’s a reason they call data the oil of the 21st century. In the worst-case scenario, the loss of vital data can make or break a company’s future. At the same time, being able to prove that its structures are backed up and have been checked can also give a company a clear competitive edge.

Are you interested in news relating to digital engineering?
Then we have something that might just help!
Simply subscribe to the item blog by completing the box at the top right.