Thanks to their modular design, stability, end-to-end compatibility and looks, item profile technology is making a name for itself in the world of film.

Since April 22 of this year, Netflix subscribers have been able to enjoy the German-American co-production Stowaway directed by Joe Penna. Featuring stars including Anna Kendrick (Pitch Perfect) and Oscar nominee Toni Collette (Sixth Sense), this science-fiction thriller tells the tale of a mission to Mars. Shortly after take-off, the mission runs into danger, and the three-person crew realizes they are not the only ones on board the spacecraft. Their discovery of an unexpected passenger prompts a race against the clock with only enough resources and oxygen for three people. Returning to Earth isn’t an option. “We wanted to make a film that was as scientifically accurate as possible,” says the director. As such, Augenschein Filmproduktion GmbH had high expectations of the material for the base structure of the spaceship and space station and for the furnishings and steps. With the key requirements here being stability and versatility, the production team opted for the aluminum profiles, fasteners and T-Slot Nuts from the item MB Building Kit System. 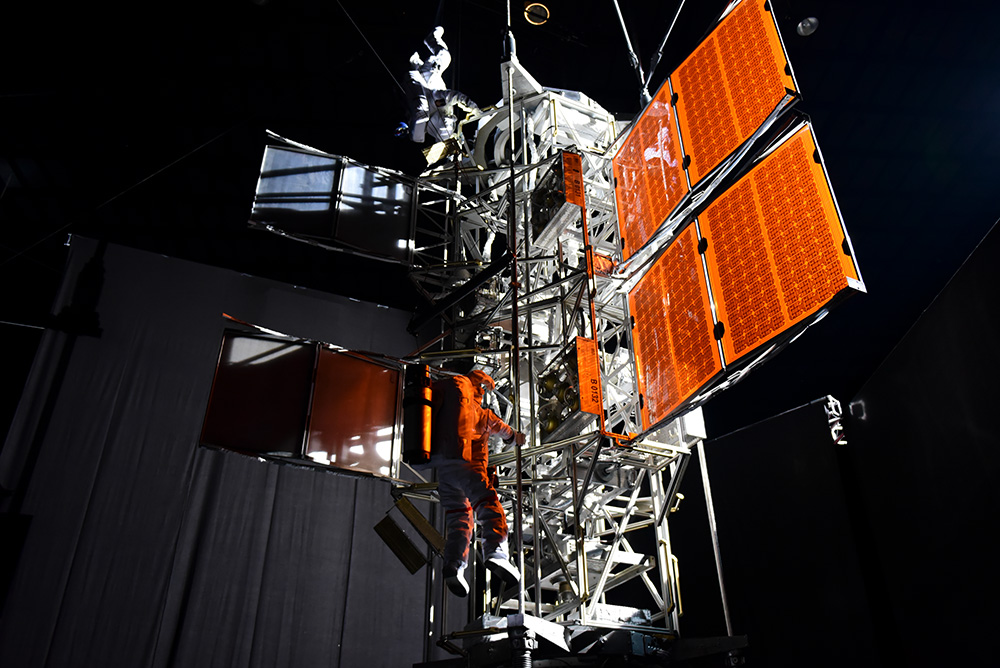 Versatile and stable material for the film set

“We were looking for a system that we could extend on a modular basis and that would allow us to create a structure for rooms, and item offered us the perfect solution,” explains Art Director Uwe Stanik. At first, he and his team had thought about using steel constructions, but this would have made last-minute changes either practically impossible or a mammoth task. Thanks to modular item profile technology, the team behind Stowaway was able to modify their constructions at any time. Based on the MB Building Kit System, connection systems were created for a space station reminiscent of the ISS, not to mention steps and entire pieces of furniture (such as beds for the crew). Using item components, the team was able to integrate ladders and cables into niches and ceiling recesses in the spaceship. Rectangular profiles and Corner-Fastening Sets and Angle Fasteners were used to create a partition in the cockpit. To build a base frame inside the space station, the filmmakers opted for rectangular and radiused profiles, pairing them with some 200 Corner-Fastening Sets and 32 Angle Fasteners. The most complicated structures featuring profile technology, however, were a solar panel rig and a walkway. The latter connected two space stations together and consisted of two platforms and a gangway. Stable Profiles 8 40×40, natural were used for this so as to specifically prevent vibrations and deflection in the structures.

To begin with, the item employees responsible for assessing the scope and feasibility of the project received 3D models of the planned structures. In the end, a range of construction kits – which together weighed over 800 kilograms – were delivered to the film sets in Munich and Cologne. The film crew worked hand in hand with item throughout the entire project, during which our staff members were valued for their top-quality advice and expertise. Everything fitted together nicely on set. “Our team got on really well with the item system. For instance, we were able to put together all the structures in next to no time,” explains Stanik. In that respect, the option to directly combine different types of profiles quickly and to expand structures as and when necessary certainly paid off. Stanik believes the wide range of profiles and fasteners is another key advantage of the MB Building Kit System. The profiles’ minimalist, elegant look was a perfect match, too, as their clear contours ensured the aluminum surfaces fitted seamlessly into the visual concept for Stowaway.

Watch the official Stowaway trailer to get an idea of how the set and film production turned out.

Interested in staying up-to-date on the various creative ways item products are put to use? We have just what you’re looking for! Simply subscribe to the item blog by completing the box at the top right.