What role does New Work have to play in mechanical engineering

Globalization and digitalization have fundamentally changed the world of work.

Technical development is pressing onwards, international collaboration is becoming ever more important, and traditional forms of workplace organization are rapidly reaching their limits. In addition, more and more people – especially generations Y and Z – are starting to question previously unassailable doctrines. It is against this backdrop that we should consider New Work, which has received greater attention over recent years. In Germany, for example, there are podcasts including “On the Way to New Work” and special awards, such as the NEW WORK AWARD (NWA). Concepts such as Scrum and decentralized working (e.g. working from home) are being talked about everywhere, with the latter being more relevant than ever due to the corona crisis. Everything from project management to where and when the work takes place is up for discussion. However, it is often hard to pin down exactly what New Work really means. And how can mechanical engineering specifically benefit from it?

What New Work is all about

New Work is based on the ideas of Austro-American philosopher Frithjof Bergmann, who developed an alternative to conventional working models in the 1980s. At this stage, it is important to point out that the kinds of things being talked about right now under the umbrella term of ‘New Work’ (whether in mechanical engineering or in general) are often a long way from Bergmann’s utopian ideal. This is not necessarily to be critical of his work. After all, he provided important and far-reaching inspiration. If you take a broad definition of New Work, which is still firmly based on Bergmann’s basic principles, then three aspects are important.

The next question follows naturally – how do you put these principles into practice? Fundamentally, “introducing” New Work is not dissimilar to starting the process of digitalization. Neither of these processes can be imposed from on high, but instead have to be introduced as part of broader change management, and ultimately “lived”. Without an accompanying cultural transformation, any changes will be simply superficial. Bergmann summed this up in an interview with German digital magazine t3n as follows: “A bowl of fruit is not enough.” On the other hand, if a company succeeds in creating a corporate culture that promotes the physical and psychological well-being of every single employee, this bowl of fruit can form a small part of a positive whole. 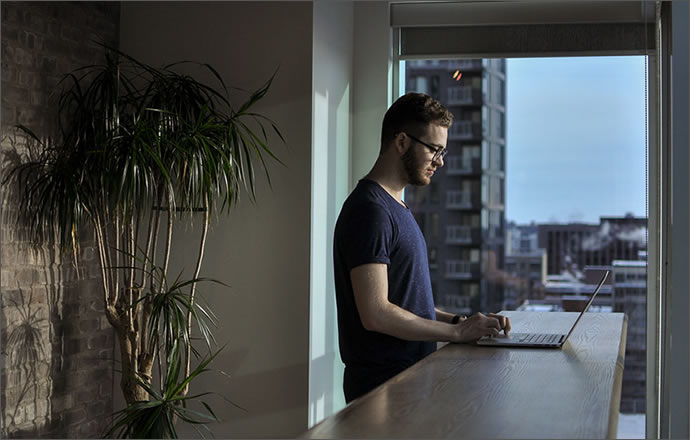 Even in mechanical engineering, New Work methods such as working from home are becoming increasingly widespread.

Decentralized working/remote working in mechanical engineering thanks to New Work

It goes without saying that work such as manual assembly still has to take place on site. The office side of mechanical engineering, such as product development, IT and company communications, are a whole different ball game, however. Cloud computing and other digital technologies enable seamless collaboration, even when the individual employees are spread around the world. Thanks to services such as Google Drive, several people can edit the same file together and launch video conferences at the click of a mouse. From a New Work perspective, decentralized working (also known as remote working or working from home) generally brings a new level of freedom into play in the workplace overall, and in mechanical engineering in particular.

Even just a few years ago, this would have been inconceivable. In principle, you can work anywhere (ubiquitous working) – and the level of flexibility can be even higher, depending on your employer. Regular days working from home or purely digital collaboration often mean employees no longer face tough decisions, making it much easier to find a balance between work life and family life. While not every computer is capable of running conventional CAD software, cloud computing in particular offers the mechanical engineering sector a solution fully in keeping with the ideals of New Work. To make the most of digital engineering (e.g. with the item Engineeringtool), all you need is an end device and a standard browser. That means digital engineering can be done anywhere – at a free workstation in the office thanks to hot desking, on the train or sitting comfortably on your own patio. Furthermore, thanks to globally unique project numbers, designs can be shared with colleagues and customers around the world. 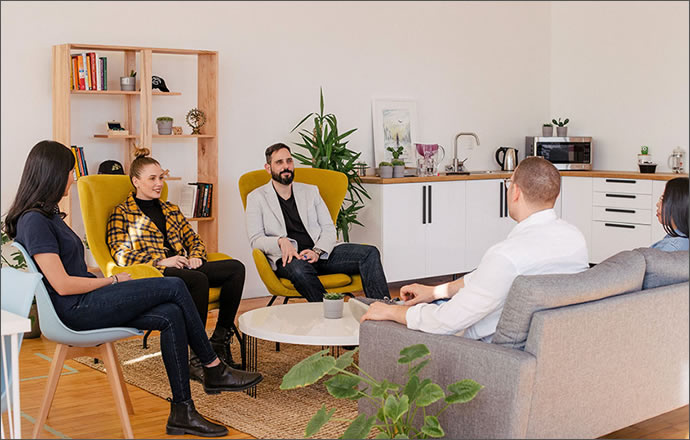 Flat hierarchies and interdisciplinary teams are features of agile working.

Conventional, rigid project management is frequently no longer capable of responding appropriately to increasing volatility. This is one of the key reasons for the increasingly wide-spread use of Scrum – even in mechanical engineering. Scrum involves interdisciplinary teams working through their tasks in “sprints”. These tasks are created in close collaboration with customers and described in user stories. Despite fixed formats and rules, the members of a Scrum team have a high degree of autonomy and freedom. Scrum is one of the methods of agile project management. In this context, agility means that staff act proactively and flexibly.

Rigid hierarchies and long decision-making chains do not get in their way. Modern leadership (New Leadership or Leadership 4.0) as part of New Work explicitly encourages and enables them to contribute their skills. Constantly incorporating customer feedback from an early stage leads to continuous improvement, quite in keeping with the principles of lean management. This is where the mechanical engineering sector has a clear head-start. Since mechanical engineers are already familiar with the methods of lean production, elements such as the digital version of Kanban boards that start-ups are using right now are nothing new to them.  Moreover, special innovation departments and spun-off start-up companies that are established on an agile basis from the get-go are becoming increasingly commonplace in the mechanical engineering sector and are by no means neglecting New Work. Agile creative processes such as design thinking are also being used in product development in the mechanical engineering sector.