How digitalization is changing mechanical engineering

Mechanical engineering is currently evolving like never before – and it’s all down to digitalization. However, there are many unanswered questions that can often cause a degree of uncertainty: Which areas does digitalization specifically involve? What exactly is changing? And where? What does this mean for the engineering sector? When it comes to answering justified questions such as these, theory can only take you so far. To fully grasp these concepts, it helps to gain some practical insight, which is why item conducted its study titled “What will mechanical engineering look like in the future?”. Although we consulted specialist articles, presentations and studies when preparing this publication, this study focuses on numerous expert interviews and the insights gleaned from them. We’ve compiled selected excerpts for you in this blog post. You can also move through the fact gallery above by clicking the arrows.

Terms such as Industry 4.0 or the Industrial Internet of Things (IIoT) have firmly taken root in the mechanical engineering sector and are often the topic of much discussion. However, uniform standards in these areas have so far been few and far between. As a result, companies are reluctant to invest in new processes or methods. Mechanical engineering companies that have already started digitalizing their processes are often guided by the strategies of their major customers, many of whom have developed their own, i.e. proprietary, solutions that are not compatible with other standards. Their cooperation partners and suppliers are required to adhere to these guidelines, but this is not a recipe for practical strategies.

A lot of businesses also find themselves faced with a catch-22 scenario. On the one hand, customers expect shorter timelines for engineering projects, while on the other hand, the workload in this area is increasing. As a result, many businesses are keen to outsource their engineering work, since it has turned into a considerable time factor. This has prompted companies that engineer factory equipment and customer solutions to start looking for ways to respond appropriately to the resulting high volume of work. If we assume business developments and the number of entry-level employees remain consistent, there is only one conclusion to be drawn – companies need new approaches to boosting efficiency. To do this, they require digital tools and processes designed to meet this specific challenge. 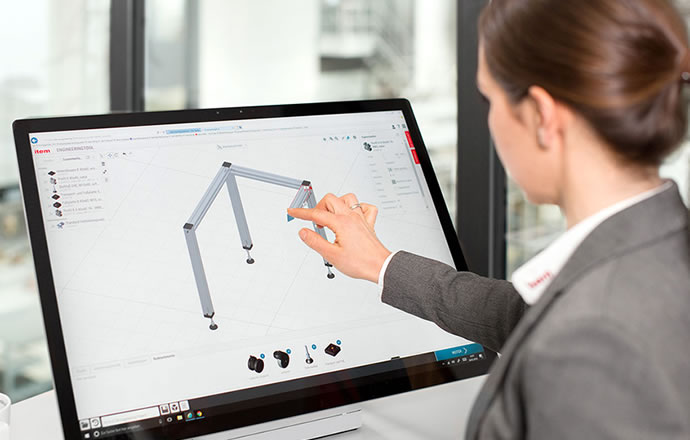 Digital solutions such as the Engineeringtool make designing easier

Engineering is getting faster and more flexible

There is no mistaking the central promise and major advantage of digitalization – it provides rapid access to comprehensive data through digital capture, processing and exchange technologies. Not only that, but being able to coordinate easily and at short notice in web conferences and messenger programs makes day-to-day work much easier. We’re also seeing requirements profiles change as a result of digitalization – particularly for engineers. Soft skills such as the ability to communicate and work in a team as well as media literacy are becoming increasingly important. At the same time, hard skills such as basic digital expertise and practical experience in 3D engineering are becoming all the more relevant, too. Since engineering data can now be easily exchanged digitally, engineers are increasingly collaborating across national borders as part of their day-to-day work, which is why a sound knowledge of a language such as English is turning into an absolute must.

Generally speaking, engineers feel pressure to become all-rounders. They are expected to respond flexibly to ever-changing customer demands and must be able to interpret third-party designs quickly and accurately. The boundaries between mechanics, electronics and software are becoming increasingly blurred, which is why engineers need to bring a broad knowledge base to the table. This trend is also giving rise to a whole host of new job titles for specialists with IT skills who are very familiar with new software solutions in 3D engineering. As designs get more complex, engineers become a key factor in production planning, in that they are – at the very least – involved in calculating assembly times. On top of all that, they also have a number of coordination tasks to complete, which is why, in many ways, the study participants see the engineer as a kind of project manager. Due to the ever-increasing volumes of data being exchanged, cybersecurity is coming increasingly to the fore. 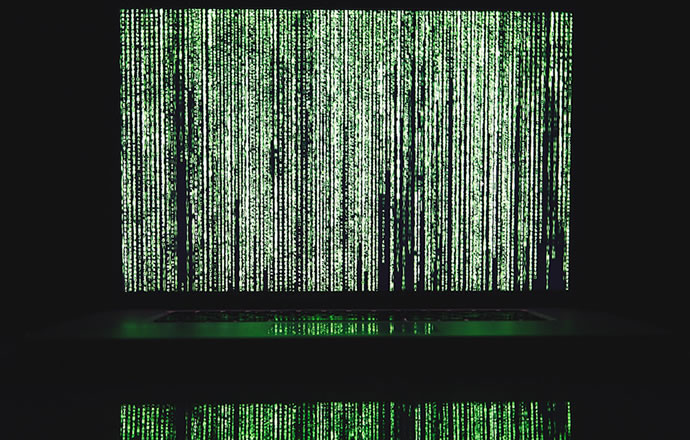 As data volumes grow, so does the need for cybersecurity.

Digitalization is about more than just optimizing existing (internal) processes – it also means developing entirely new business segments. That’s why we’re seeing more and more new business models emerging in mechanical engineering. These models often adopt concepts that have already proven effective in other sectors, such as subscription models or fixed-term contracts for machines. This is where customers just pay a rental fee for a set period, instead of commissioning the company to design and assemble a machine. In other words, the machine always remains the property of the manufacturer, who in turn can access up-to-date performance data at any time via an internet connection. This kind of interface can also be used to implement predictive maintenance, which makes it possible to identify potential faults on the basis of initial anomalies in the performance data.

In other words, it’s a win-win situation for both manufacturers and customers – servicing operations are much easier to plan, and the risk of machine down-times during production is reduced. All the same, customer uptake is crucial to these new business models, with security concerns and general questions about data protection still often standing in the way of progress. Provided they have reliable solutions for safeguarding company data at their disposal, the majority of the study participants would be interested in marketing their engineering know-how via specialised online marketplaces. Similarly, 94.3 percent of them would seriously consider purchasing completed 3D designs from external companies if this would significantly speed up their own work and if the engineering data provided were fully compatible with their particular working environment. Based on these responses, it’s clear that digital engineering data is becoming a commodity with the potential to generate regular sales. 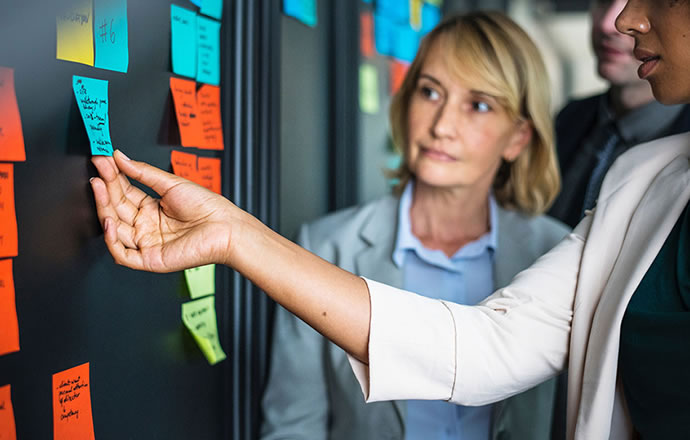 The majority of participants are clear about the major impact digitalization is having on mechanical engineering. That said, only 9.2 percent of them have already implemented a company-wide digitalization strategy in their working environment. This shows there is evidently a great deal of uncertainty with regard to how digitalization should actually be approached. However, mechanical engineering is not an industry that lends itself to standardized concepts, as the respective combinations of specialism, company size and specific market conditions are too distinctive. Digitalization must be seen, first and foremost, as a strategic development for the entire company – one that starts with the management team and is applied across all areas as a change project. Agile project management methods such as Scrum are also playing an increasingly important role in mechanical engineering.

In-house training sessions are an effective method of dispelling any concerns people might have. Ideally, participants should be put into groups that contain a mix of younger, tech-savvy employees and older staff so that different generations can learn from one another. Digitalization is shifting the focal point, particularly when it comes to satisfying customer requests. Web conferences and chat tools make it possible to coordinate quickly with companies and customers from any location. Engineers are now expected to respond even more flexibly to last-minute changes, while still maintaining the same high level of quality. In light of these stringent demands, using components from a modular building kit system for industrial applications can deliver significant benefits. These systems offer a wide selection of mutually compatible components and fasteners that can be released at any time without causing any damage – making them extremely versatile.

Digitalization offers numerous approaches that companies in the mechanical engineering sector – particularly those manufacturing factory equipment and customer solutions – could use to boost their efficiency. To the same extent, it also presents opportunities for companies in general to conquer new business areas at an early stage and thus significantly increase their competitiveness. The time to act is now. Businesses that let digitalization pass them by will likely struggle to catch up. That’s why executives should focus on bringing aboard IT-savvy engineers to work between different areas of the company. At the end of the day, however, digitalization is a joint endeavour and a challenge that needs to be taken on across the various disciplines.

Are you interested in digitalization and what the future of mechanical engineering holds?
Then we have something that’s right up your street! Simply subscribe to the item blog by completing the box at the top right.